Medicare vs. Medicaid: What Is the Difference?

Medicare is a federally funded program that provides healthcare coverage for people over 65 and those who have severe disabilities. Medicaid is a federal and state program intended to provide healthcare for low-income individuals and families.
Get a Free Quote 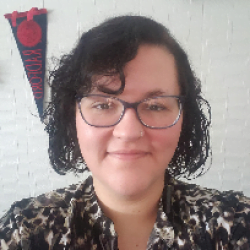 Both Medicaid and Medicare are federal initiatives that help provide financial support for medical coverage to eligible people inside the United States; however, the requirements and costs associated with the programs are entirely different.

The Basics of Medicare

As a taxpayer-funded program administered at the federal level, Medicare is open to U.S. citizens and permanent residents who have resided in the United States for the past five years, generally age 65 and older. Eligibility for Medicare is open for those who are younger than 65 in the event they are:

Medicare Part A is the “free” coverage for hospital/skilled nursing care and is open to people and their spouses who have worked at least ten years and subsequently paid into the program through Medicare taxes out of investment taxes and payroll deductions.  A complete list of Medicare Part A services covered can be found here.

Medicare Part B will usually require some premium in addition to the money paid in through payroll taxes on your income and covers your doctor visits, surgeries, lab work, and other similar services.

A complete list of Medicare Part B services covered can be found here.

Additional coverage for services that Medicare doesn’t cover or may cover and still requires a financial obligation on the part of the insured can be provided by private insurance companies approved by Medicare. Most commonly seen plans of this type are the Medicare Part D (Prescription Drug Plan) and Medicare Part C (Medicare Advantage). As these plans are privatized through private insurance companies, the costs and coverage will vary from carrier to carrier and the plans offered.

The Basics of Medicaid

Medicaid is another program provided by the government but is funded at the federal and state level and offers medical care to families and individuals who qualify due to their low-income or other qualifying issues. Medicaid is managed primarily at the state level with each state having their methods and process on applying for Medicaid, but various guidelines and regulations are handled at the federal level. Covered benefits between the two programs are very similar, like hospital care and physician services, but Medicaid may also provide additional services that Medicare doesn’t based on the state providing the coverage. In some states, Medicaid may also provide dental and vision coverage based on the requirements set by state law.

Medicaid typically contracts provider networks, plan administration, and claims processing to third-party companies like United Healthcare, who currently administers Medicaid programs for 20 states. While these companies are private insurance companies, they must honor the federal and state Medicaid regulations and guidelines as defined in the contract and typically charges an administration fee to the state based on enrollment numbers and claims processed.

While Medicare is open to mainly everyone, Medicaid has stringent guidelines when it comes to income eligibility. Since each state has their economic challenges, the financially based requirements are managed at the state level. Medicaid is primarily intended for low-income individuals and families; however, certain medical conditions may allow for eligibility based on various state guidelines.

Based on federal guidelines, all Medicaid programs must provide various types of services like:

Optional coverage is at the state’s discretion and isn’t guaranteed in all states. To find out what benefits your state provides through the Medicaid program, visit Medicaid.gov to learn more.

Qualifying for both Medicare and Medicaid

It is possible for people to be dual eligible” for both Medicaid and Medicare programs. In these situations, certain individuals may qualify for coverage through a Medicare Savings Program (MSP) which may cover Medicare premiums and other out-of-pocket costs associated with Medicare coverage. As this type of plan determines the level of benefits based off of income, it can be used to provide partial coverage for an individual and in some cases can provide full Medicare coverage which is known as Full Benefit Dual Eligible or “FBDE.”

If someone qualifies for a Medicare Savings Program, that person will also have the option to be enrolled in Medicare Extra Help, a program similar to Medicare Part D (pharmacy coverage) that reduces or eliminates costs relating to providing prescription drugs for low-income individuals.

For more information, visit this list of state MSP websites at Medicare.gov.

Get the most accurate rates in 2 minutes or less
Making a financial decision doesn’t have to be stressful.
Get a Free Quote