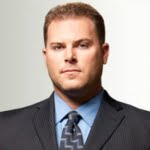 Anyone caught smoking or consuming marijuana or any other form while driving or operating a vehicle can be arrested and charged with a DUI case, even if they have not consumed alcohol.

DUI laws may vary per state. For instance, in Texas, a motorist can be charged with DWI if they don’t have any proof of his mental or physical need to use marijuana. Due to the nature of the substance, any amount of marijuana detected in a person’s test specimen will lead to the state trying everything to prove the person was driving under the influence.

The Link Between Marijuana and Impairment

The effects of marijuana use may vary from one person to another. But in general, the effects may include:

Driving can be challenging when you experience any of these effects. Though there is no direct proof that marijuana use can result in fatal crashes, it is recommended to err on the side of caution to save lives.

The legalization of marijuana and its medicinal use has resulted in varying questions related to driving with cannabis in the car. And every state has different laws dealing with drug-impaired driving. But in general, there are two basic laws addressing drug-impaired driving:

Getting pulled over due to marijuana can be very scary. But unless the officer caught you red-handed, you can still do something. Here are the steps to take should you be pulled over while high on marijuana:

The cops may pull you over, not because of weed. It might not even cross their mind. If you know you have been overspeeding or your registration has expired, roll with it. The more nervous you look, the more the cops suspect something is wrong and start looking around.

When the cops approach you, ask them how their day was and keep a positive attitude. It could spell the difference between being given a ticket and being asked to step out of your car for more questions.

Step 2: Keep anything that could be used as evidence.

Don’t leave things like lighters and beer cans that give the impression that you like to party. Turn off any loud music and keep your car clean. Don’t give them any clue.

Whatever the situation, don’t destroy the evidence. It is a more serious charge than possession of marijuana. And the officer will definitely notice any odd movements you make.

The officer will ask for your driver’s license and vehicle registration documents when you get pulled over. This is the standard operating procedure, and you must present them as mandated by law. Don’t panic should you be asked to do this, and do what you are asked to do.

Only give them answers when they ask questions. Don’t tell them that you have a headache and recently got into a serious fight with a friend. They won’t care, and the more you talk about these things, the more it looks as if you are distracting them.

If the officer asks to search your vehicle, you can politely decline the request. Make sure you don’t act rude and don’t be angry. Just say you don’t consent to it unless there is a warrant. Now, there are instances when the cops will then call a K-9. In such a case, don’t panic. Even if they find marijuana, it is still an illegal search.

If the cops ever find your stash, you should remain silent. Depending on the situation, you might be issued a citation. Remember, stay calm and call a lawyer as soon as possible.

If the police officer sees a reason to believe that the driver is impaired to a degree by drugs or a combination of alcohol and drugs, they may ask the driver to submit to an evaluation, which includes sobriety tests, measuring the pupil size in varying lighting conditions, and taking clinic indicators.

Illegal drugs contain different chemicals, and breathalyzers cannot detect these chemicals. So, unless the police officer has found possible psychological signs of driving under the influence, a chemical test may have to be ordered to prove the suspicion that you are intoxicated by marijuana.

Drug recognition experts follow a comprehensive process to prove if someone is driving while under the influence of marijuana. It usually begins with a breath alcohol test to check if the subject’s impairment is consistent. Then the DRE reviews the results and asks questions to the subject. Further intoxication tests, such as horizontal nystagmus gaze, one-legged stand, finger to nose, and walk and turn, may also be performed.

After the tests, the motorist’s pupils are examined under different lighting conditions using a pupilometer. And the final round of testing methods may be required, which includes checking for loose muscle tones, taking a pulse reading, and checking for drug injection sites.

The results are assessed to determine possible drug intoxication as soon as the test is complete. The subject will have to undergo a blood test to confirm the conclusion.

Getting Questioned: What to Do and What to Say

Should you be asked to stop and be checked, and the officer notices you have red eyes, remain calm. The answer to this question depends on the situation. Having red eyes doesn’t always mean you are high. It could be that you are experiencing dry eyes, which may be due to a lack of sleep. It could also result from certain over-the-counter medications for dry eyes that can turn the eyes red.

If you think the cops won’t know you are driving high, think again. These officers are trained to identify signs of impairment. So, keep yourself and others protected. Don’t drive when you are high.

And if you have been charged with driving high, seek legal representation from a drug possession lawyer immediately.

Generally, if the defense is that the accused was not high at the time of the arrest, the lawyer will do everything to prove that the client was not under the influence of marijuana at the time. This is often done by showing that there were no signs of impairment, such as slurred speech or difficulty in following directions.

Then again, this is not always a viable defense. The prosecutor may be able to prove that the defendant was high at the time of arrest by using data from a blood test, urine test, or breathalyzer.

To have a successful defense, lawyers work to show that there is no way that their clients could have been impaired by marijuana when they were driving their cars. Evidence may be presented, such as:

Q: Do you know why I asked you to pull over?

A: No, sir. I am trying to understand why you asked me to pull over.

Q: May I ask for your registration, license, and insurance documents?

A: Sure, officer. Here you go.

Q: Did you smoke marijuana?

A: I choose not to respond to the question.

A: No, I don’t smoke marijuana.

A: I used to smoke weed, but I quit a long time ago.

Q: Where have you been?

A: I choose to remain silent.

Q: Do you consent to a search?

A: No, I don’t allow a vehicle search unless you have a warrant.

Q: Can you get out of the car?

Q: Can you step out of your vehicle for roadside tests?

A: I will not submit to any form of roadside testing.