Can You Insure a Car You Don’t Own?

In most cases, car insurance policies are designed to cover a car owned by the policyholder.
Get a Free Quote 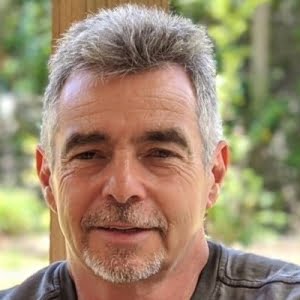 Some states have rules requiring the name on the insurance policy for a vehicle to match the name on the vehicle’s title and registration. In many states, however, non-owner insurance is an option. Even in states where it’s forbidden, there are workarounds for people who need to drive someone else’s car.

Can I Insure a Car That is Not Mine?

You may be able to insure a car that’s not in your name under specific circumstances and in some states. However, if you’re looking for insurance on a vehicle that you’ll be driving regularly and that’s owned by a friend or family member or a company car, it may be easier to have yourself added as a named driver on their policy rather than taking out a separate policy.

Some companies offer short-term insurance coverage, with coverage for periods as short as one day or even one hour. These policies are can be useful in several scenarios, including:

Those who are going to be driving the same car on a regular basis may find it’s more affordable to ask the car owner to add their name to an existing insurance policy as a “named driver”. The policy stays in the car owner’s name, but those listed as named drivers are covered for occasional use of the vehicle.

The company will most likely ask for some extra information if the person being added doesn’t live at the same address as the owner of the policy. For example, relationship to policyholder, reason for driving the car, address, license information, accident record, age, birthday, and marital status. A young driver or driver with accidents can cause the main policyholder’s rate to increase.

Some insurance policies cover the holder to use any car

Some comprehensive car insurance policies include an element of coverage for the use of other cars. This is known by several names:

This coverage is usually limited to third party only, meaning the policy covers you for damage to a car you hit if you’re the at-fault party in an accident while driving another person’s vehicle. Not all comprehensive policies include DOC coverage, so it’s important to check the terms and conditions of your insurance.

Does it Matter Whose Name is On a Title for Car Insurance?

In some states, the main policyholder must be the person (or persons) named on the title. Even in states where this isn’t the case, insurance providers expect a person who takes out a policy to have an insurable interest in the car. The owner of the vehicle has a financial interest in keeping it in good condition and not wrecking it. Someone could also have an insurable interest if they depend on the car to travel to college or work.

Do You Have to be the Registered Owner of a Vehicle to Insure It?

Non-owner insurance isn’t always necessary. For example, someone who is renting a car through a short-term rental service may find the rental fee already includes insurance. If you already have an insurance policy on your own vehicle, your coverage extends to the rental car with no extra cost or endorsements.

What Does Non-Owner Car Insurance cover?

Individual policies vary, but usually match the minimum limits set by the state or the limits you already have on your personal policy in cases where you’re using existing coverage when driving someone else’s car. More traditional insurance policies for owners usually offer more generous coverage.

Non-owner insurance can count towards the time a person has held a policy for building up a no-claims discount with some insurance companies. This can be useful for people who have only been driving for a few years. Every year that a person goes without making a claim helps build a discount on the basic price of the insurance. A break in coverage causes the discount to go down again, meaning a person may pay more for their insurance when they start driving again.

Get the most accurate rates in 2 minutes or less
Making a financial decision doesn’t have to be stressful.
Our online approach makes it fast and easy.
Get a Free Quote